This Made City is an archive of Bristol’s creative use of empty buildings during 2005-2014. This Made City documents a city wide collaboration between artists, landlords and Bristol city council (Capacity Scheme) to open up privately and publicly owned empty space in the city for the benefit of the artists, local neighbourhoods, and Bristol’s cultural ecology.

To create this archive, documentation material has been gathered, through which the movement has been traced. The makers and curators of this archive visited temporary use; studios, shops units, workshops, offices, and rehearsal rooms across the city; taking photos and conducting interviews. 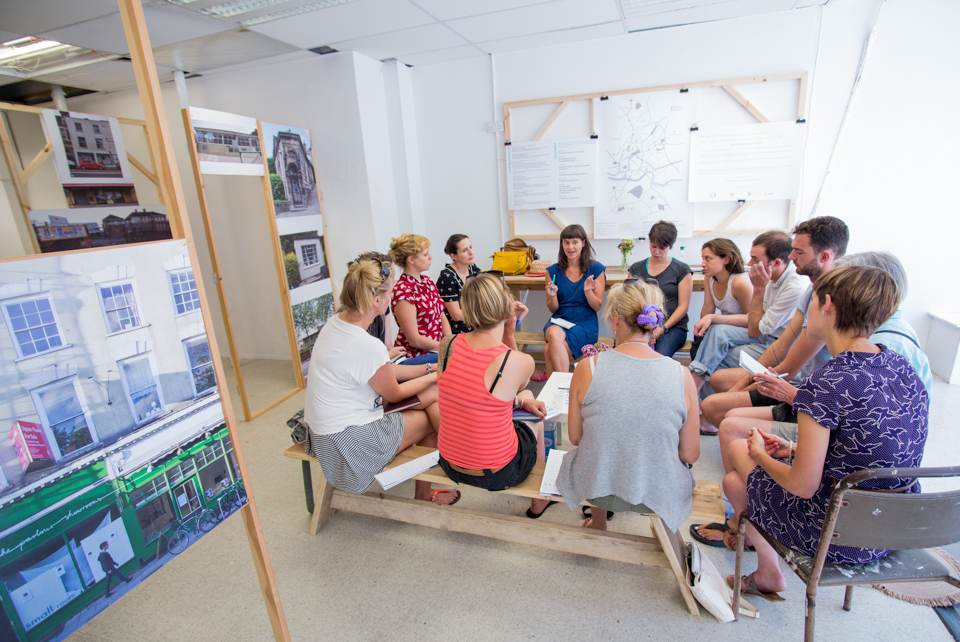 This Made City was originally an exhibition that took place in two empty shops (The Parlour Showrooms) on College Green in Bristol, over two very hot weeks in July 2013. Like many others across the city, the curators sensed that the economic climate and cultural landscape was in the process of shifting. The archive is an attempt to capture something before it disappeared- before the community spaces, the artist collectives and the ideas that held these places together, got broken up entirely and were forgotten.

Bristol has seen that temporary use space generates a sense of trust and equality in neighbourhoods. As cities continue to expand and inequalities are at risk of becoming ever more pronounced, perhaps creative hubs and communal spaces will become increasingly important to us all. For this reason the curators of This Made City hope that the creative use of disused spaces is not just a by-product of a recession, but part of a wider future strategy for sustainability, inclusion and high quality arts practice.

This Made City was produced by Hannah Sullivan, Martha King and Alice Tatton-Brown (The Showroom Projects), the Curators are Martha King and Alice Tatton-Brown. This Made City is supported by Bristol City Council, and was originally part of In The City Series, a six month live programme re-imagining the city, produced by The Showroom Projects and funded by Arts Council England. Thank You to each of the listed buildings for collaborating generously and enthusiastically. And Thank You also to: Tana Holmes, Lerato Dunn, Seb King, Fanny Wacklin Nilsson, Dan Synertree,  Paul Blakemore, Ruth Essex, Barrie Parsons, UWE, Deckchair, Stand + Stare, MAYK and Interval.